How to Implement Blockchain Technology?

Blockchain technology makes perfect sense for businesses working in a wide range of industries. If you are looking into whether or not Blockchain is the right fit for your business needs, here is a great guide that can help you reach an informed decision. Let's start by taking a look at how data gets written into the Blockchain.

How is Data Written to a Blockchain?

Another way data is stored on a Blockchain is through hashing. When you add a piece of data to a Blockchain, it's first hashed (translated into a string of text) and then encrypted using cryptography before being stored in Blockchain. When someone wants to access that piece of data again, they need to use the same hashing process before being able to decrypt and see what was stored originally. So if someone were able to get their hands on your encryption key, they would be able to encrypt your piece of data and steal your information without anyone else knowing about it.

What Business Benefits Does Blockchain Have to Offer?

One of the biggest benefits of Blockchain is the transparency it offers. Thanks to this technology, transactions are much more transparent since Blockchain offers a distributed ledger. This means that all of the members of the network have access to documents instead of everybody having their own individual copy. Such shared documents can only be amended if all parties are in agreement on the changes. In fact, even if somebody would like to make a change to a single transaction record, all of the subsequent records would reflect this change. This is why the information stored on blockchains is more accurate, consistent, and transparent than the traditional centralized approach.

In addition to greater transparency, companies also increase the security of their data. There are several ways the blockchain data structure is more secure than other record-keeping systems. First of all, think about where Blockchain is stored? By definition, Blockchain is decentralized, so there is no one single place where it is stored which is it is stored on many different computers across the network, also known as nodes. Every single one of these nodes contains its own copy of the Blockchain, which is why all of the changes that are made on the network must be agreed to by all of the parties before they can be recorded.

After a transaction is approved, it is encrypted and linked to the previous transaction. This, along with the fact that information is stored across a network of computers instead of on a single server, makes it very difficult for hackers to compromise the transaction data. You can learn more about the security of blockchains and the latest blockchain trends for a better understanding of application fields.

While there Blockchain has many benefits to offer businesses, there are some challenges you need to keep in mind. Let's take a look at these in the next section.

What are the Challenges of Blockchain?

While there are certainly many benefits of Blockchain, there are some challenges that you will encounter. First of all, the Blockchain is drastically different from the way things usually get done, which also includes those industries that have been significantly impacted by digitization. It promotes a more decentralized framework instead of bestowing power to some central institution.

For many people, such a loss of control can be a huge problem. After all, this represents a huge shift in the way traditional processes are handled and how technology is implemented. It's now our responsibility to come up with new and interesting ways how we can take advantage of Blockchain and understand the disruptions that will come with it.

One of the things we need to consider is how quickly the Blockchain can run peer-to-peer transactions, which usually come at a pretty high aggregate cost, although these costs will vary from one blockchain type to another. The reason for such efficiency is that every node performs exactly the same functions as all of the rest on the copy of data. This brings us to somewhat of a productivity paradox. When we look at the big picture, we see that the process is significantly productivity-enhancing but requires a certain 'critical mass' of nodes. Yet, even so, individual nodes can work extremely hard and may not contribute very much to the network overall. Therefore, decisions about implementing blockchain applications need to be carefully thought through. The returns to individual processing nodes – either individuals in a public blockchain or organizations in a sector-wide blockchain – may diminish as the network continues to expand. This means that blockchain applications must harness network effects to deliver value to consumers or to sectors at large.

When you are first starting your blockchain implementation, you already need to start thinking in native blockchain terms. What do we mean by that? Well, just like a company may have its own business processes, similarly, the Blockchain has tokens and smart contracts. Therefore, the implementations that truly provide the most value for the money are the ones that convert the old legacy vision into the concepts offered by the Blockchain. In other words, instead of simply shifting documents from one location to another, it would be much more efficient to use smart contracts and tokens.

To better understand this concept, think about how you buy or purchase a widget. Imagine that widget as a document or some sort of agreement to buy some widgets at a predetermined sum. This information can be transmitted from one party to another on the Blockchain, and we can even create a smart contract where the buyer and seller can exchange the tokens representing the widget for ones that represent payment.

It is important to note here that you are not implementing Blockchain just for the sake of implementing it but rather to solve a real business problem. In order for your project to be a success, your CTO will need to solve pressing issues facing your company today instead of laying the groundwork for solving them at a later date.

There are many blockchain implementation features you should be aware of. First of all, it's immutability. This means something that can't be changed or altered. This is one of the top blockchain features that help to ensure that the technology will remain as it is – a permanent, unalterable network. But how does it maintain that way? Blockchain technology works slightly differently than the typical banking system. Instead of relying on centralized authorities, it ensures the blockchain features through a collection of nodes.

In addition to this, Blockchain is decentralized, meaning it doesn't have any governing authority or a single person looking after the framework. Rather a group of nodes maintains the network making it decentralized. To put it simply, Blockchain puts us users in a straightforward position. As the system doesn't require any governing authority, we can directly access it from the web and store our assets there.

While Blockchain certainly offers a lot of useful features, there are also some difficulties with its implementation that you should be aware of. You need to keep in mind that for your blockchain implementation to be successful, it will need to be adopted by all of the parties involved. For example, let's say your project is in the supply chain area. This means that not only would your company need to adopt the Blockchain, but the suppliers as well. Without this, your adoption will not produce the desired result.

Also, Blockchain is still very much an emerging technology, and the skills needed to develop and use it are in short supply. An interesting way to get around this is to use Blockchain as a service, which will allow you to get all of the benefits of Blockchain without requiring you to pour substantial resources into hiring the needed developers.

How Can Blockchain Be Used Inside an Existing Project's Architecture?

There are many ways Blockchain can be used inside an existing project's architecture. For example, let's say you are creating a crowdfunding platform. Currently, there is a big trust issue with such platforms because recent data shows that as many as 85% delay delivery while 14% fail to deliver what was promised. However, imagine a scenario where the user mistakenly donates to the wrong campaign, or someone incorrectly uses the donated funds. Since there is greater transparency with blockchain, such information would be available to users, and they would consider whether or not they want to donate to such campaigns in the future.

If you are working on a project in the banking industry, you can use Blockchain to securely transfer funds. Instead of using services like Western Union or MoneyGram, you can use blockchain applications that are changing the way money is being sent around the world and at a lower fee. Bitcoin is such a first use case. Companies like Ripple, tapping into this radical financial technology, change the way money is sent around the world to everyday customers.

What are the Development Requirements for Blockchain Applications?

There are many requirements to consider here. Let's start with choosing the blockchain platform on which you will develop. This is really important because it will determine the skill set you need to have onboard. You will need to do a deep dive into all of the research materials to verify that your choice is in alignment with your business goals. When you are looking at all of the options available to you, think about the business problems you are trying to solve, how much it will cost you, and whether or not you fit into the allotted development time.

You Will Also Need to Design the Blockchain Nodes. A lot will depend on whether your blockchain network requires permission, the development languages used, and other factors that influence blockchain development. Do your business needs require a public or private solution? Perhaps a hybrid solution? How will the blockchain nodes be run? There are a lot of factors at play in this step, so make sure you research all of your options and measure them against your objectives, available resources, and budget.

Are There Any Alternatives to Blockchain?

In the beginning, we talked about which model describes how data is written to a blockchain, which is a centralized approach. Well, this means that the alternatives will be centralized. For example, you can have centralized databases which are used by large companies like Visa. Their network can handle up to 65,000 transactions per second, which is more than most blockchains. However, the downsides here are bottlenecks that can occur as a result of high traffic, whereas Blockchain is relatively fast for an account to account transfers and is only limited by the hardware you run it on.

It is also possible to use centralized ledgers like Amazon's Quantum Ledger Database simplifies the process of implementing a shared database designed for ledger-like applications that provides a cryptographically verifiable audit trail without all the overhead of a distributed ledger or Blockchain. While all of this may sound great, there are significant downsides, such as points of failure that are prone to cybersecurity hacks and data breaches. Blockchains provide much better levels of security.

Start Reaping All of the Benefits of Blockchain Today

Blockchain implementation requires a number of modifications, and this, by implication, may make it very complicated to work with. Ensure that your user interface is simple enough for your customers and make it affordable for them. Without a doubt, we're positive that this article will greatly help you in achieving your vision in the blockchain business regardless of any blockchain implementation challenges. If you would like consultations about implementing Blockchain or have additional questions, contact StartupCraft today to learn more about how we can help you. 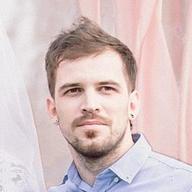